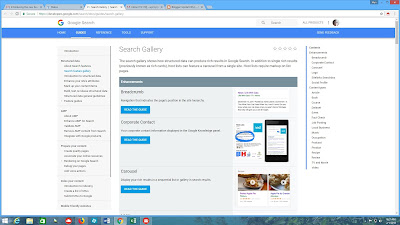 If you own or run a website, have you gotten the notification from Google about their new, beta, Google Search Console? I just took a look at mine. I cannot figure out much of what it is saying to me. In some cases, I see errors, or problems with indexing. But another item says there are 0 errors.

When I click on explanations, I get tech gobbledygook: Carousels, breadcrumbs, hierarchy... What does the following mean, for example?

"Only elements containing at least one non-query-refinement link count as a position; elements that have no links, or have only query refinement links, do not occupy a position. For example, a carousel of van Gogh paintings (which point to new Google searches) are not counted as position placeholders, and their presence does not affect the position value of elements below them on the page. If a non-positional carousel had appeared in the example above above the AMP page carousel (at position 2), it would not affect the position values anywhere on the page."

It seems that you have to understand HTML and the many nuances of coding to have a viable website that Google can index and show in its search results. The old idea of mere mortals using "plug and play" website templates seems to have gone the way of the horse and buggy.

I guess we need the new sophistication because there are so many websites. The good news is that more coders will get jobs. For now, I'll just sit tight with what I've got.

What do you think?
Posted by Wyn Lydecker at 8:54 AM No comments: