Does Your Startup Need a CFO? 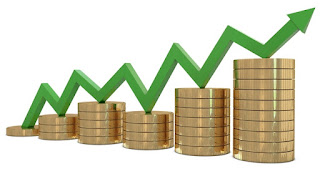 When my coauthor, Ed McLaughlin, was starting his business, USI Companies Inc, he kept his expenses as lean as possible. In the beginning his wife was the bookkeeper. She used a simple, single-entry system coordinated with the company checkbook. But as the business expanded, Ed migrated the bookkeeping to QuickBooks and handed the financial management and record keeping to his COO.

From the time USI started, Ed took home summaries of the company’s financials every night. He knew he would sleep better at night if he understood exactly where the business stood. Understanding the numbers is essential for any founder who wants his or her business to thrive. Eventually, Ed realized that even his faithful COO couldn’t handle the complexity of the expanded company, which had opened offices in cities across the country. It was time to hire a CFO who could be a strategic leader. Ed likens the move to hiring “lightning in a bottle.”

When Should You Hire a CFO?

CFO are expensive, and many startups and small businesses can get along just fine using software like QuickBooks and hiring a bookkeeper, or even an accountant to keep track of the financials, file taxes, and manage cash flow. But eventually, a growing business can cross over the line when stronger strategic leadership is needed, as it was at USI.

Scott Brown, a freelance CFO-for-hire, recently wrote an excellent article,  Published on Toptal, the blog drills down into the reasons you may or may not need to hire a CFO. Following something akin to Maslow’s hierarchy of needs, Brown says to assess your company’s needs for financial control and analysis. He takes the reader through the stages that necessitate differing levels of financial and accounting expertise. Importantly, he explains why business owners need to keep analyzing their levels of need. 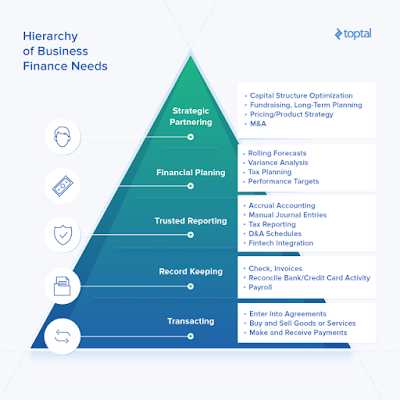 After delving into analyzing your business’s finance needs, Brown then takes the reader through five questions the owner must ask in order to make the right decision as to the level of financial expertise she or he should hire. If you are a business owner or founder, Brown’s blog is well worth reading and keeping as a reference point.

Wyn Lydecker is the owner of Upstart Business Planning and is coauthor of “The Purpose Is Profit: The Truth about Starting and Building Your Own Business” (Greenleaf Book Group) along with Ed McLaughlin and Paul McLaughlin. The opinions expressed here are her own.

Posted by Wyn Lydecker at 5:41 PM No comments:

How to Make U.S. Businesses Instantly More Profitable (and Put More Money in Your Pocket) 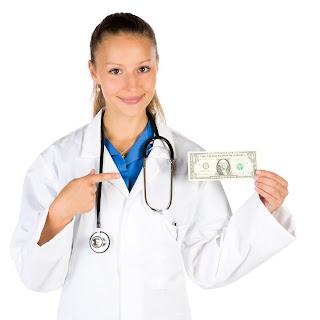 I learned the secret to increasing the bottom line when developing the business plan for an Australian startup. As the COO and I went over the key assumptions behind the financial projections, he instructed me take out the expense I’d built in for healthcare benefits. Why? Because Australia has a single-payer healthcare system – i.e., universal healthcare coverage.

All the money that typically goes toward employer-provided health insurance in American companies went straight to the bottom line! Furthermore, the Australian company’s projected path to profitability was dramatically shortened. I was stunned.

Why should we keep in place such a high barrier to new business formation? Why do American businesses want to keep themselves saddled with this enormous, growing health insurance burden? In 2016, health insurance premiums cost employers an average of $18,143 per employee. Furthermore, workers had to contribute an average of $5,277 toward that cost, lowering their take-home pay (Kaiser Family Foundation).

Why a Single-Payer System Would Benefit Entrepreneurs

With a single-payer system, we could immediately lower the cost of starting up and growing a business. We could reduce the personal cost and risk entrepreneurs take on when walking away from employer coverage. In fact, starting up would become far more attractive without those burdens. The risk of shouldering out-of-pocket healthcare costs would go down. In a recent New York Times article, small business owners complained that the current system is unbearable. A single-payer system would be affordable for all.

·        Besides the bottom-line benefit, healthcare costs would plummet because the administrative costs would shrink significantly. Currently, transaction costs account for one third of our health costs. Think hospital bills are high? Fully 25 percent of the hospital costs are administrative – think all that paperwork, negotiating with insurance companies, etc. (pnhp.org).

·         Americans are now paying an average of 10 percent of their income for healthcare premiums, deductibles, and copays, up from six percent a decade ago. Even with Obamacare and its subsidies, healthcare costs are hurting all of us.

·         With a single-payer system, more money would flow into workers’ wallets and stay there because they would not have to contribute their share of the health insurance premiums or be faced with onerous deductibles and copays.

How to Replace Obamacare

President Trump and the Republicans who control Congress have promised to repeal and replace the Affordable Care Act, aka “Obamacare.” I believe it should be replaced with a single-payer system that provides universal healthcare coverage for all.

A lot of people are afraid of a single-payer system. But countries that have it enjoy better health and longer life expectancy. Moreover, the other systems are more efficient. The U.S. ranked 50th out of 55 countries for healthcare efficiency (Bloomberg).

In countries with universal care, research does continue. And their healthcare is no more rationed than ours is – how many times has an insurance company denied to cover a visit or procedure? How many people don’t visit a doctor or take medicine because they cannot afford it?

Best of all, with a single-payer system, the government would be able to exert its buying power to lower the cost of much-needed drugs. The big pharma lobby would fight this, but the lower costs would be a boon to our economy and to our entire population.

With universal healthcare coverage, everyone – sick or well, young or old, rich or poor – will be covered and will pay into the system via a tax. With everyone covered, and without the high administrative overhead, the cost per person should be far less than employers and individuals are paying now for their health insurance or through the taxes paid to subsidize the plans for poor and moderate income families. Thus, the tax for universal coverage will be more affordable than the costs we are now bearing.

If you want to learn more about the benefits of a single-payer system and about how this could work, go to: http://www.pnhp.org/facts/single-payer-faq

Wyn Lydecker is the owner of Upstart Business Planning and is coauthor of “The Purpose Is Profit: The Truth about Starting and Building Your Own Business” (Greenleaf Book Group) along with Ed McLaughlin and Paul McLaughlin. The opinions expressed here are her own.
Posted by Wyn Lydecker at 10:40 AM No comments: